Although lives may be sustained with the availability of the four basic needs, the convenience provided by utilities is also crucial for everyday livelihood. Especially for the people in rural areas, the lack of electricity is detrimental to securing opportunities to improve their quality of life

For this reason, the Department of Alternative Energy Development and Efficiency (DEDE), Ministry of Energy has implemented the village-level micro hydropower development project to provide opportunities and rapidly improve rural people’s quality of life. Micro hydropower is considerably more sustainable than other types of power generation systems and, with its short construction and installation time, can quickly electrify rural areas with existing water resources capable of hydropower. The project is also beneficial to the socio-economic development of the community and the people as well.

The Beginning of the Micro Hydropower Development Project 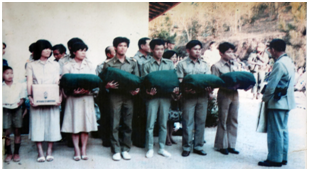 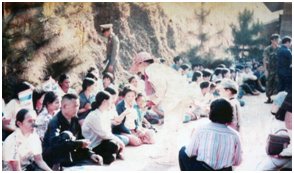 By the royal grace of His Majesty King Rama IX who visited the people at Mae Kampong Village, Huay Kaew Subdistrict, Mae On District, Chiang Mai Province in 1979 and discovered that the villagers suffered from no access to electricity, His Majesty King Bhumibol Adulyadej has ordered the government to conduct a micro hydroelectric power development project for Mae Kampong Village along with villages in rural areas lacking electrification. Hence, the Department of Alternative Energy Development and Efficiency (DEDE), Ministry of Energy implemented the village-level micro hydropower development project, with the first at Mae Kampong Village, and has since continued for other remote rural areas.

DEDE has received a budget to implement the project since 1982, with great cooperation from the villagers in securing workforce and procurement of construction materials for the dam, up to connecting the water pipes to the generators, setting up the electric poles, running the electric wires and connecting the electric wires to the meter of each house. After the construction was completed, the DEDE gave the power plant to the villagers of the community to manage themselves. By transferring various knowledge in the care and maintenance of the generator system, villagers have the capacity and the ability to operate and maintain the power generator system, wires, and meter needles as well as being able to transfer the knowledge to other villagers. In addition, it leads to the establishment of a group of electricity users, acting as a managing organization responsible for collecting electricity charges depending on the electricity consumption measured by meters installed at each house.

Goals for the Future

To further promote a great quality of life in all communities throughout Thailand, DEDE maintains a policy of continually implementing, on average, 2-3 micro hydroelectric power development projects per year to help rural people living far away with no access to the national power grid system. The projects will help those people to have a better quality of life. 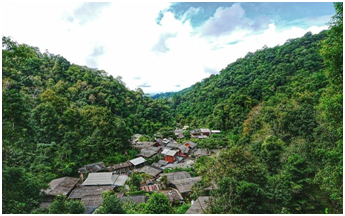 The village-level micro hydropower development project requires water sources with a considerable amount of water flowing throughout the year, a sufficient amount of construction space, and must be nomore than 10 kilometers away from the village. In addition, the village must have a population of approximately 30-200 households and is not connected to the national power grid. A suitable location for project implementation must situate in an area with great savings on the implementation cost – in a degraded forest area with no wild animals, not taken advantage of by the community. The construction area must be used sparingly, avoiding the felling of trees as much as possible, and must be completed quickly within a year, hence minimizing any negative impacts.

The important thing is that the villagers must cooperate and join the labor force to help with the construction, procure locally available materials such as rocks, gravel, sand, etc. They must also be willing to take over the project management after the construction is completed to supervise and manage the generation and distribution of electricity as well as related maintenance via an establishment of a hydropower user cooperative or hydropower user group as a managing organization by the villagers.

The implementation of the DEDE's micro hydropower development project has been highly successful in promoting livelihood and providing opportunities to rural people via the utilization of existing innovations and technologies. This is in line with the sufficiency economy development approach of His Majesty King Rama IX, which is well-integrated into the current situation, taking into account villagers, government organizations, and existing knowledge capacity, allowing for a pleasant and prospering community.

In particular, it has given rise to a systematic approach of the villagers learning about efficient planning and operating and benefit from the contentment and the flourishment holistically

At the same time, villagers also received knowledge transfer from DEDE to later take over the project management through the cooperative - a community management organization.

For this reason, the overall benefits of community-level hydropower projects are not restricted to providing electricity to villagers in remote rural areas, but also additional benefits as a by-product of the project implementation. The benefits also include providing the community with a water reservoir that may be used for consumption, economic and social benefits, sustenance of livelihood, a source of aquaculture feed, occupations in agriculture, fishery, tourism, and others, or simply as a place for relaxation.

One of the most important aspects of the project is in allowing the villagers to have the opportunity to develop and maintain as well as control and oversee water management. This will raise the awareness of the importance of "water" and is therefore very beneficial to the villagers and the environment of the community.

It can be said that the village-level micro hydropower development project effectively utilizes the principle of sufficiency economy and self-sufficient society, producing numerous benefits. A harmonious blend in which the government organizations (DEDE) bring in innovation, knowledge, and technology to appropriately accommodate the circumstances of the community has allowed this creative relationship to further develop the community.

At the same time, villagers also learned to be more self-dependent and develop the capacity to understand and further the traditional wisdom, This will ultimately result in the true prosperity of the society, the community, and the country. 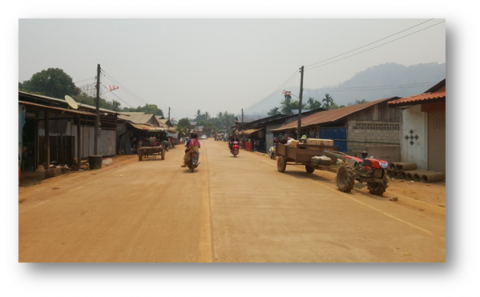